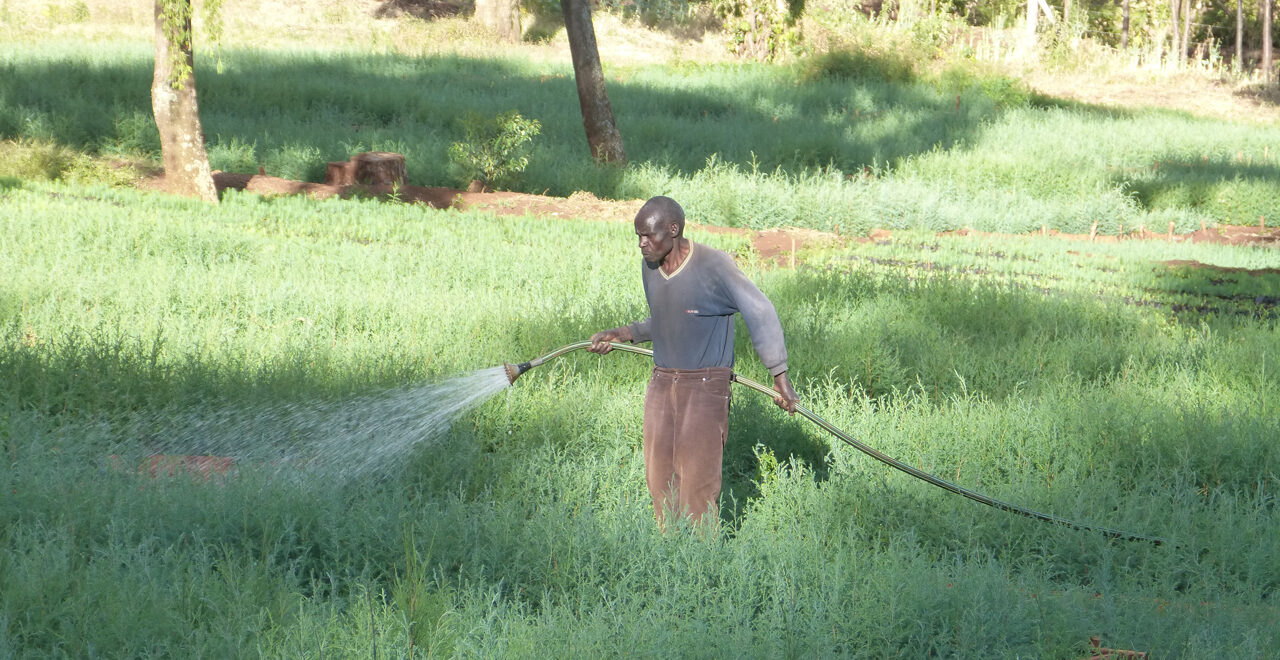 Two of the trustees of the Mount Elgon Foundation have been involved in a joint community and forestry project – the restoration of the Kimuryoony Canal. The Foundation wishes to build on that to develop other projects that improve local people’s livelihoods while preserving the local environment.

The Kimuryoony Canal (known as the “furrow” to its original builders) is a hand dug system from the colonial era designed to follow the mountain’s contours and carry water about 10km down to a coffee processing station. The coffee is long gone but what water still flowed fed the largest Kenya Forest Service tree seedling nursery in the area and a local school.

By 2017, the system carried just a fraction of the water it once did and a key reservoir was estimated to be around 90% silted up. Hence the volume of water was insufficient to either grow the number of seedlings required for the area or to serve the local community who have to carry water up from a stream in the valley bottom.

Two of the trustees of the Foundation supported a local social entrepreneur to survey the route of the canal and they then helped arrange funding for the canal’s restoration. This created local employment during the refurbishment as well as a significant increase in seedling production to aid reforestation. A second stage of the project is proposed to take piped water to the local community.

The Foundation is in the early stage of evaluating other community and forest projects that may involve supporting local people’s livelihoods and the development of a REDD+ carbon finance proposal.