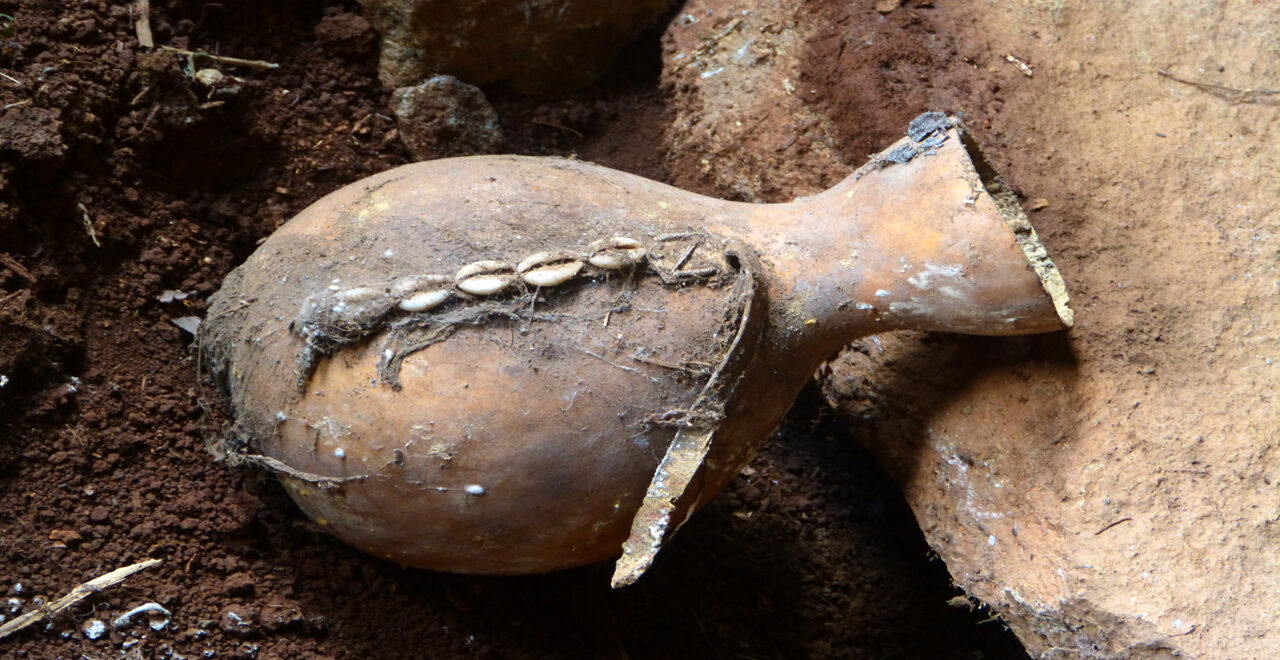 East Africa is endowed with an abundance of prehistoric sites. Many of them have attracted sustained archaeological, paleontological and geological research that has resulted in a large number of fossil collections. From these collections, it has been found that the region also has a long record of technological evolution with stone tools as old as 3.3 million years. These discoveries have put East Africa firmly on the map not only as a hotbed of research into cultural heritage but also as the cradle of Homo sapiens and early human technology.

East Africa’s prehistoric sites are often in the dry lower environment of its Rift Valley system and its other arid areas. In sharp contrast, Mount Elgon has heavy and well distributed rainfall throughout much of the year, helping to enshroud large areas of the mountain in thick mists and dense forest. These conditions and Mount Elgon’s acidic soils are, typically, not conducive to the preservation of organic and other human remains. Hence Mount Elgon has not witnessed sustained archaeological research.

However, while some of Mount Elgon’s caves are flooded, often they are dry and have been since pre-historic times. This has allowed some, if not many, of the mountain’s caves and rock shelters to harbour sites that are capable of organic preservation. Recent research has shown that well stratified dry deposits have built up from domestic and wild animals (including the area’s cave elephants) over thousands of years. The research also reveals that these deposits contain high densities of ceramic, lithic and bone artefacts which extend back to the Late Stone Age. Furthermore, pollen and other studies are suggesting the pattern of occupation of the caves may have changed in response to historic climate change – a subject to be investigated further.

Other aspects of Mount Elgon’s cultural history have been known about for much longer. Five sites close to or on the Kenyan side of the mountain contain rock art, the Kakapel rock shelter and Chepnyalil cave being the two most widely known. In Uganda, there is also rock art in the wider region, notably the larger of two sites at Nyero some distance to the west of Mount Elgon which displays a large panel of rock art.