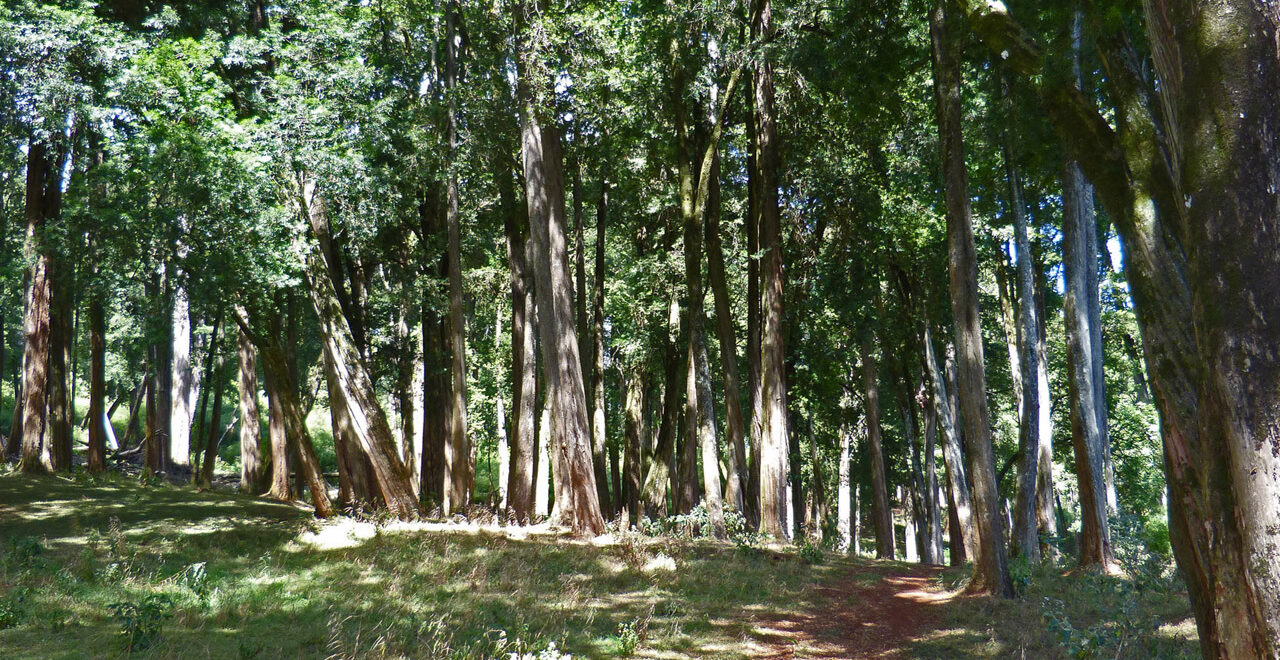 The size of Mount Elgon and its altitude have combined to produce a rich diversity of habitats as one ascends or circumnavigates the mountain. Typically on its lower slopes, above fertile farming areas, the first natural zone is often dense montane forest. In some drier places there is more acacia scrub and in others areas, with thin soils overlaying rock, there can be open expanses of grassland or low shrub cover. This zone starts at around 1,500m and goes up to about 2,500m. It is known for its massive Podocarpus trees, its Elgon teak (or olive) trees (once heavily felled for furniture making), its strangler figs that eventually kill their hosts and the graceful Hagenia rosewood trees.

The montane forest zone starts to give way to bamboo from around 2,400m which stretches up to about 3,000m. This can be exceptionally dense and, in places, very extensive. Entering this zone can be hazardous as the only access routes are often trails created by buffalo and elephant.

As the bamboo peters out, there is often a zone of heathers, sometimes in giant form, particularly on the Uganda side of the mountain. That then gives way to afro-alpine moorlands. The isolation of Mount Elgon over millions of years, particularly this ecological zone, has led to the evolution of a unique population of plants. The most striking include the giant groundsels, giant lobelia, deep blue delphiniums and valleys of red hot pokers.

Sadly, decades of exploitation have led to large areas of Mount Elgon’s forests being degraded or lost. During the period of European settlement, much of the forest was cut down for extensive farms or plantations, particularly on the Kenya side. Currently, large areas are being degraded or destroyed through conversion to small scale arable farms, high levels of livestock grazing, charcoal production and the collection of firewood and construction material. Also fires that can be difficult to control can destroy large areas, particularly of the moorland, in the dry season.