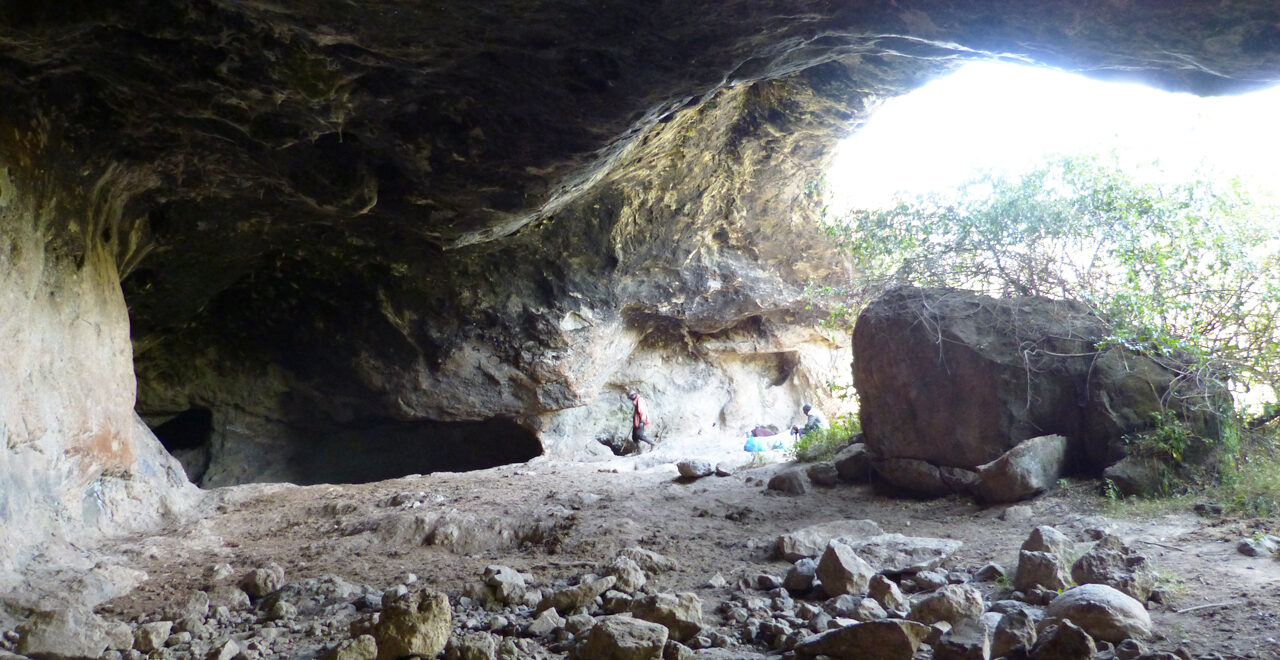 From what little geological research has been done into Mount Elgon’s caves, it is known that some of them are not lava tubes as they lie in a volcanic agglomerate geological layer and not in lava. This layer comprises blocks of lava ejected in an eruption bound together with volcanic ash and, often, interspersed with the fossils of large trees buried in the eruptions.

Water erosion is thought to have played a part in the formation of some of the caves and many of them have a waterfall over their entrance. It is known that geophagy (literally, the ‘eating of dirt’), especially by elephants and domestic animals, plays a role as well – at least in expanding them and may, quite possibly, be instrumental in their formation.

Kitum is the best known of Mount Elgon’s caves. Situated on the Kenya side of the mountain in the National Park, its main chamber is around 160m deep and up to 100m wide. Various geological and chemical processes have resulted in its walls being rich in sodium, calcium and magnesium salts and it is this that attracts the elephants and other animals.

The salts also bring local people to the caves to collect it for their livestock. Locally made picks and clubs to crush the rock can be found in the caves.

Recent research led by the National Museums of Kenya is revealing a new aspect to the caves – that, despite their altitude, they have been lived in by humans over thousands of years. Stone age artefacts from the caves combined with beautiful rock art and modern dating techniques is beginning to tell a whole new story about Mount Elgon.