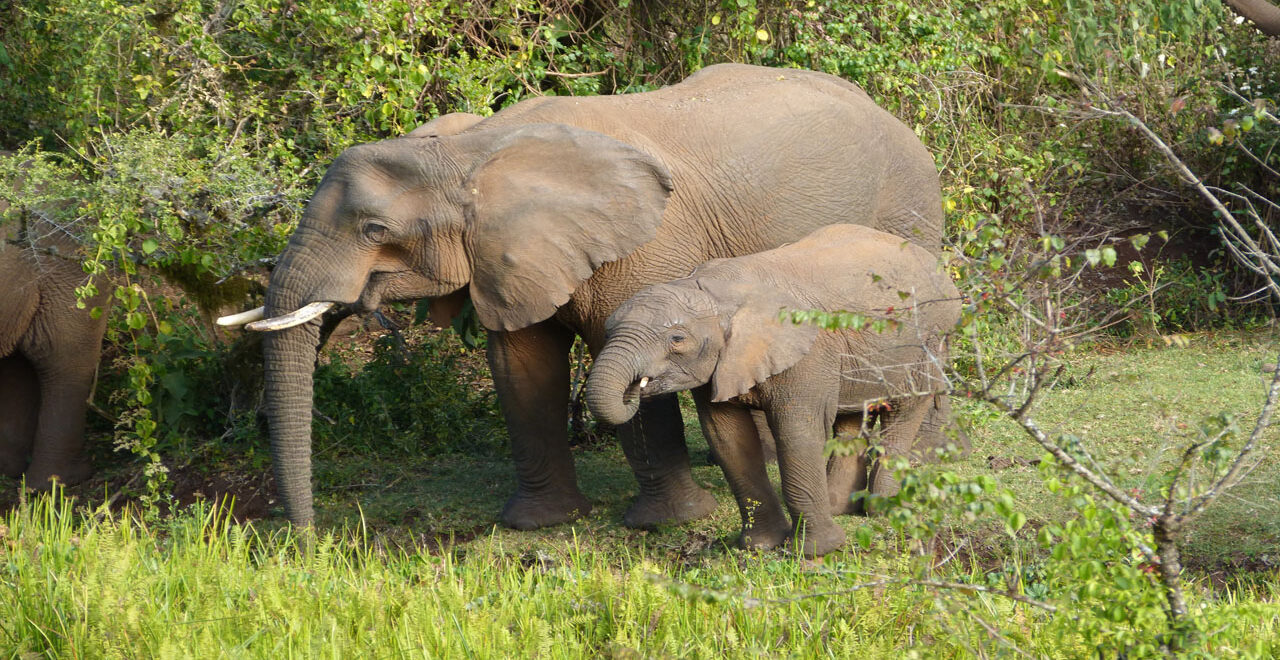 A fragile population of unique and fascinating ‘cave elephants’ exists on Mount Elgon in western Kenya. These are the only elephants in the world known to go deep into caves to mine salt.

For many years it has been widely known that these elephants penetrate 150m into Kitum Cave within Kenya’s Mount Elgon National Park, where their tusking marks are clearly visible on the cave walls. Unknown to science until very recently, however, is that this elephant cave-mining behaviour is more complex than previously realised and extends to at least 12, as yet, undescribed caves.

These cave-mining elephants historically ranged across the whole mountain on the Ugandan and Kenyan sides. During the 1970s, however, the population on the Ugandan side was wiped out. Now the entire Ugandan side of the mountain is a National Park with no elephants, while on the Kenyan side there is only a small National Park and an elephant population under significant pressure as their range extends beyond the protected area of the park.

The threats to the elephants come in part from poaching but also from human-elephant conflict. In recent years, crops grown by local people around young tree seedlings in Kenya under the Plantation Establishment Livelihood Improvement Scheme (PELIS) in or adjacent to elephant range areas have experienced widespread raiding by elephants. This results in the tragic death of local people, as well as elephants.

To help address the above, it is important to assist the relevant stakeholders by providing them with the most comprehensive information possible about elephant behaviour on Mount Elgon and the options available to reduce human-elephant conflict. This is a key objective of the Mount Elgon Elephant Project. Without this and a land use plan that mitigates human-elephant conflict, as the density of human occupation grows, the number of elephants will fall until they are locally extinct. While a remnant population might survive in the Park, both the extensive culture of ‘elephant mining’ now being revealed on the Kenya side of Mount Elgon, as well as a potentially significant opportunity to boost tourism, could be lost forever.

Redmond, I. 2016. For the Day of the Elephants, a Crash Course in Conservation. National Geographic Society Newsroom, August 2016.