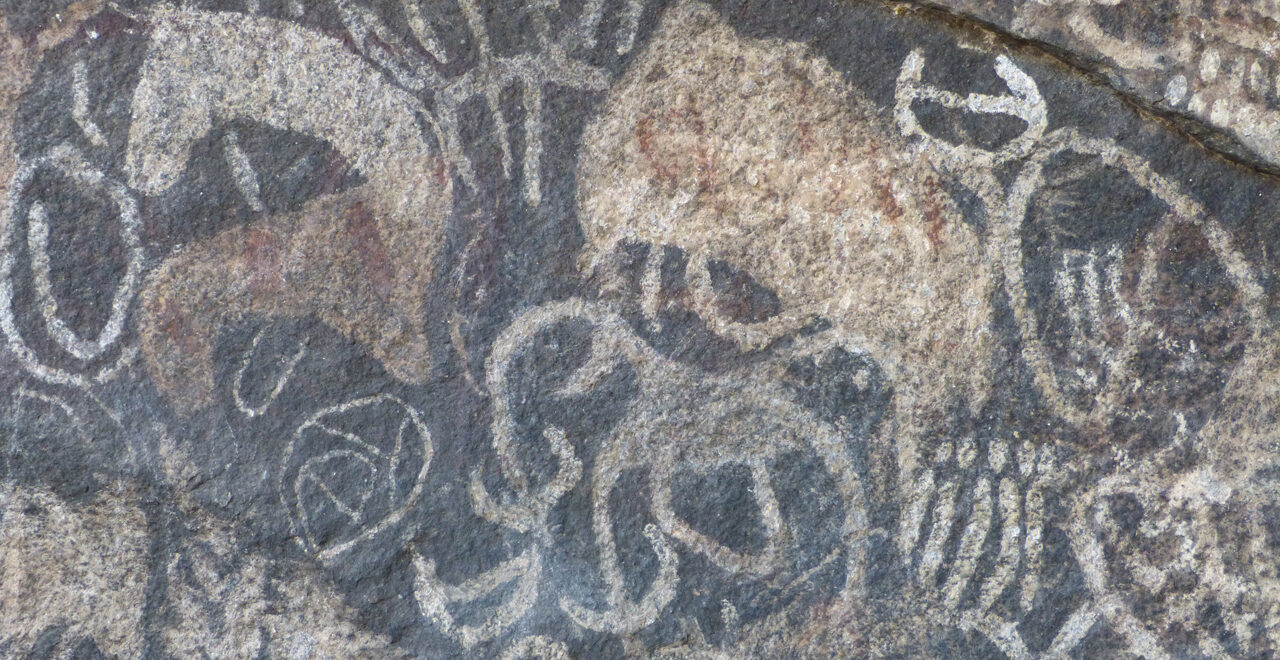 Since 2006, National Museums of Kenya has led a programme of archaeological research and recording of cultural heritage on the Kenya side of Mount Elgon. The Powles family has supported this work and the Foundation wishes to continue that support.

A key site is Chepnyalil Cave in Kenya’s Mount Elgon National Park. The site is at an altitude of 2,250 metres and the strata in which stone tools are found in the cave have been dated to 23,000 years before present. The occupation of caves by ancient humans on Mount Elgon had, hitherto, attracted little archaeological research compared to the rest of East Africa. Click here to read more on the Cultural Heritage of Mount Elgon.

A series of excavations at Chepnyalil Cave have yielded a large sample of artefacts and faunal remains that shed light on the potential of the Mount Elgon region as an important location for understanding human adaptive strategies for East African populations during the terminal stages of the Pleistocene. This is because there have been so few studies carried out on archaeological assemblages from such high altitude settings. The excavated assemblage from Chepnyalil Cave provides a rare insight into subsistence behaviour throughout continuous history probably stretching back to the Middle Stone Age and through to recent historical times.

The findings at Chepnyalil suggest that the tropical highlands of Western Kenya may contain numerous previously occupied caves with good organic preservation. Therefore, they have the potential of:
• establishing the region’s cultural chronology that can be compared with better-studies areas,
• contributing to a regional environmental record, and
• reconstructing hunter-gatherer, farming and/or herding economics, social organisation and land use during past periods of increasing climatic variability.

Another key site is the Kakapel monument – a rock shelter on the southern lower flank of Mount Elgon in Kenya close to the border with Uganda. It is at a dramatic granite outcrop and exhibits a succession of rock art paintings often superimposed in different styles. This reflects the fact that the site was frequented by a series of different people from late Holocene hunter-gatherers, early Iron Age farmers (thought to mark the arrival of pioneering Bantu speaking farmers in the region from western Africa) and other people who were probably livestock keepers. National Museums of Kenya, in collaboration with the Max Planck Institute in Germany, have excavated at the site to help trace where, when and how food production strategies first spread into eastern Africa. Findings indicate that both pastoralism and farming had a complex and protracted spread through the region, producing a mosaic of human genetic, cultural and economic signatures.

This cultural heritage research seeks to support local people and their livelihoods by giving them an understanding of their ancient heritage and through temporary employment when work is happening in the field. It is intended to extend the former through growing a programme of recording modern day life histories and documenting traditional ecological knowledge.